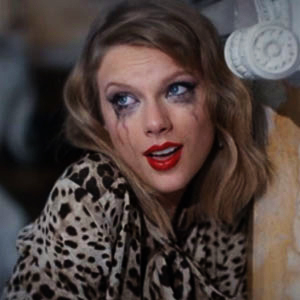 London is the capital city of England. It is the most populous city in the United Kingdom, with a metropolitan area of over 13 million inhabitants.

Standing on the River Thames, London has been a major settlement for two millennia, its history going back to its founding by the Romans, who named it Londinium.

Home to the Empire State Building, Times Square, Statue of Liberty and other iconic sites, New York City is a fast-paced, globally influential center of art, culture, fashion and finance. The city’s 5 boroughs sit where the Hudson River meets the Atlantic Ocean, with the island borough of Manhattan at the “Big Apple's" core. Home to the world's two largest stock exchanges by total market capitalization, the New York Stock Exchange and NASDAQ, New York City has been called both the most economically powerful city and the leading financial center of the world. New York City's higher education network comprises over 120 colleges and universities, including Columbia University, New York University, and Rockefeller University, which have been ranked among the top 35 in the world.

Nashville is the capital of the U.S. state of Tennessee. Legendary country music venues include the Grand Ole Opry House, home of the famous “Grand Ole Opry” stage and radio show, in Music Valley. The Country Music Hall of Fame and Museum and historic Ryman Auditorium are Downtown, as is the District, packed with legendary honky-tonks, dive bars and dance halls.

Wyomissing is a borough in Berks County, Pennsylvania, United States, established on July 2, 1906. As of the 2010 census the population was 10,461, compared to 8,587 at the 2000 census. The population growth of the borough was largely due to its merger in January 2002 with neighboring Wyomissing Hills. Wyomissing is the most populous borough in Berks County. The borough is recognized as a Tree City USA and selected as a "Contender" for the best places to live in Pennsylvania by Money magazine.

Holmes Chapel is a village and civil parish in the unitary authority area of Cheshire East and the ceremonial county of Cheshire, England. Until 1974 the parish was known as Church Hulme. Holmes Chapel is about 8 miles (13 km) north of Crewe and 21 miles (34 km) south of Manchester.